I This has been written about before, but it’s important enough to repeat.

You only need 1000 people to sustain yourself

Think about whoever your current gatekeepers are.

They are holding back your business or profession. You need to just spend more time schmoozing with them and working your way into their circle.

Maybe they outright rejected you.

Actually I had several academics be less than impressed with me.

I first annoyed my high school physics teacher, Mr Z, by repeatedly getting out of school to do this web development competition for this club called Business Professionals of America (BPA). I skipped a lot of school, something like 19 days a year. BPA was a weird competition, everyone running around in suits and doing pseudo “business” things. He made sure to keep after class and yell at me several times. I complained that my close friend Greg skips the same amount of class and doesn’t get this treatment. Mr. Z simply said “You’re not Greg.” Ouch.

I ended up with a C in his class, but got the college credit when it came time for AP exams.

I also annoyed the Dean of my college at Northeastern University. I wanted to do a bunch of extra classes in robotics and web design, but they make you take all these prerequisites I didn’t care about. Not to mention every extra class is another $4,000 thrown away. I told him I just want to take the classes, I don’t even care about the college credit and he got what other professors came to tell me “unusually irate at me.” He emailed all the professors telling them not to let me take their classes. The Professor of Robotics told me he had no idea why the dean seemed to hate me, but I could sit in on whatever I wanted.

The head of our University’s Computer Science department, Matthias Felleisen through a series of events involving a fellow student I worked with ended up sending me a personal email telling me I am pretty mediocre. I never asked to be ranked and I actually looked up to him quite a bit until this exchange. I am not sure I approve of any professor who ranks their students to be honest. I can’t wait to make it awkward when I speak at our school next…

I interviewed 3 times before I got in the first time. Not to mention investors. So so many investors who don’t return your email. Even worse, the investors you had for your first company who brush you off with your other ones.

We have been trying to get a wholesale deal with certain suppliers this last year. I was given the advice to simply hire someone who has the connections already and save myself 5-10 years.

Actually a competitor tried that. He hired a bunch of sales people who already had the connections a few years ago. I gave him a call and he told me how it went. He was very honest because you know what? His company is now out of business and agree to an acquihire after several years of trying. The gatekeepers ended up closing after a year or two for complicated reasons.

These gates don’t matter, if you can dig a hole

In all these cases, I hit a wall with someone for some reason, but there were other ways around. I only needed the AP score to get college credit. I impressed a Professor instead of the Dean. I impressed my school’s administration and not the head of our CS program.

You just need to find 1000 people, and that means ANY 1000 people somewhere else.

Eventually be so good they can’t ignore you. And in the end maybe you don’t need them or they become irrelevant.

The number 1000 doesn’t just apply to individuals, it applies to start-ups. Cristoph Janz pretty much nailed it what is needed to be a unicorn. For the vast majority of SaaS companies, you just need one to ten thousand businesses willing to pay $10,000 to $100,000 / year. 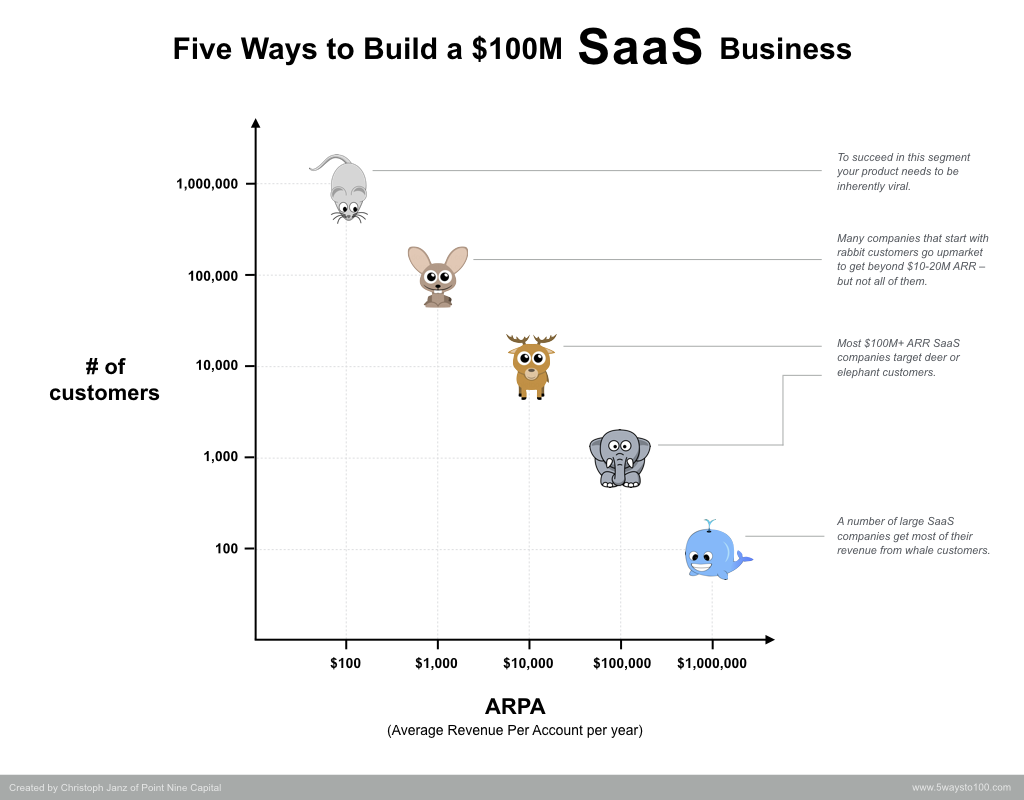 Comments suck for discussion. Email me your criticism or thoughts here. If we discuss something noteworthy, I’ll update this article.
Subscribe to be notified when an article has been updated and a new one comes out.